You Are Here: Home / About Us 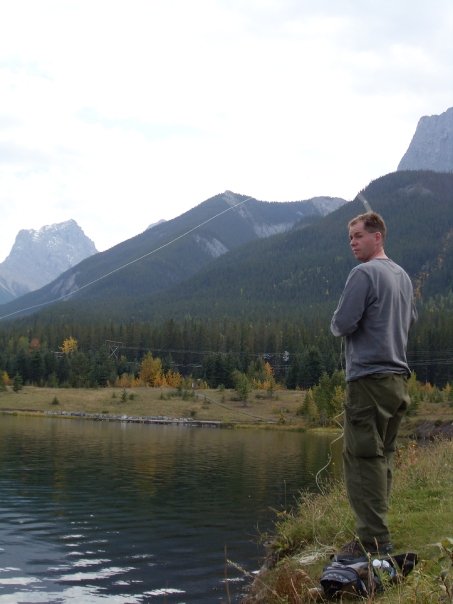 Brent Smith
Brent completed his BSc Biology from the University of Regina in 1998. Upon completion, he began working as a reclamation technician at the Last Mountain Lake National Wildlife Area in Saskatchewan. His job entailed the collection, processing, archiving, and seeding of native plant species. He was also responsible for developing a 20 acre seed production nursery of needle & thread grass (Stipa comata). Finally, prior to leaving in 2001, he was responsible for seeding 70 acres of diverse fescue grasslands, comprising over 50 species of native forbs and grasses. These plantings demonstrate the logistical planning requirements of carrying out large-scale earth repair.
In 2001, Brent began working as a range biologist at Canadian Forces Base Suffield Alberta, where he was responsible for the development of land use policy, ecological monitoring, and reclamation of military training lands. From 2001 to 2014, he developed native grass seed mixes for use in the reclamation of oil and gas development, as well as military training damage. Seed mix design was based on a geospatial and statistical analysis of soils, plant communities, and ecological succession theory. He also developed a vegetation community guide describing 227 plant communities, including wetlands, upland prairie, and tree communities. Plant community descriptions provide important ecological data about species composition and vertical structure, which are critical in Permaculture design.
In 2013, Brent completed his Msc Geography from the University of Calgary. His thesis on fire ecology in northern native prairie was published in the journal of Range Ecology and Management, and his recommendations for fire management have been adopted by Alberta Sustainable Resource Development on crown grazing lands. His use of Geographic Information Systems from his thesis has now been carried over to Permaculture design, which significantly increases analytical potential and reduces overall design time. This research demonstrates the scientific knowledge of prairie ecosystems, and plant succession, which are also critical in Permaculture design.
Finally, Brent completed his Permaculture Design Course in 2014, and has been assisting with design projects for a variety of clients. In addition to designing a fruit orchard in his own backyard, he is currently designing a fruit tree nursery and food forest with Nadine on a 1 acre property west of Medicine Hat.